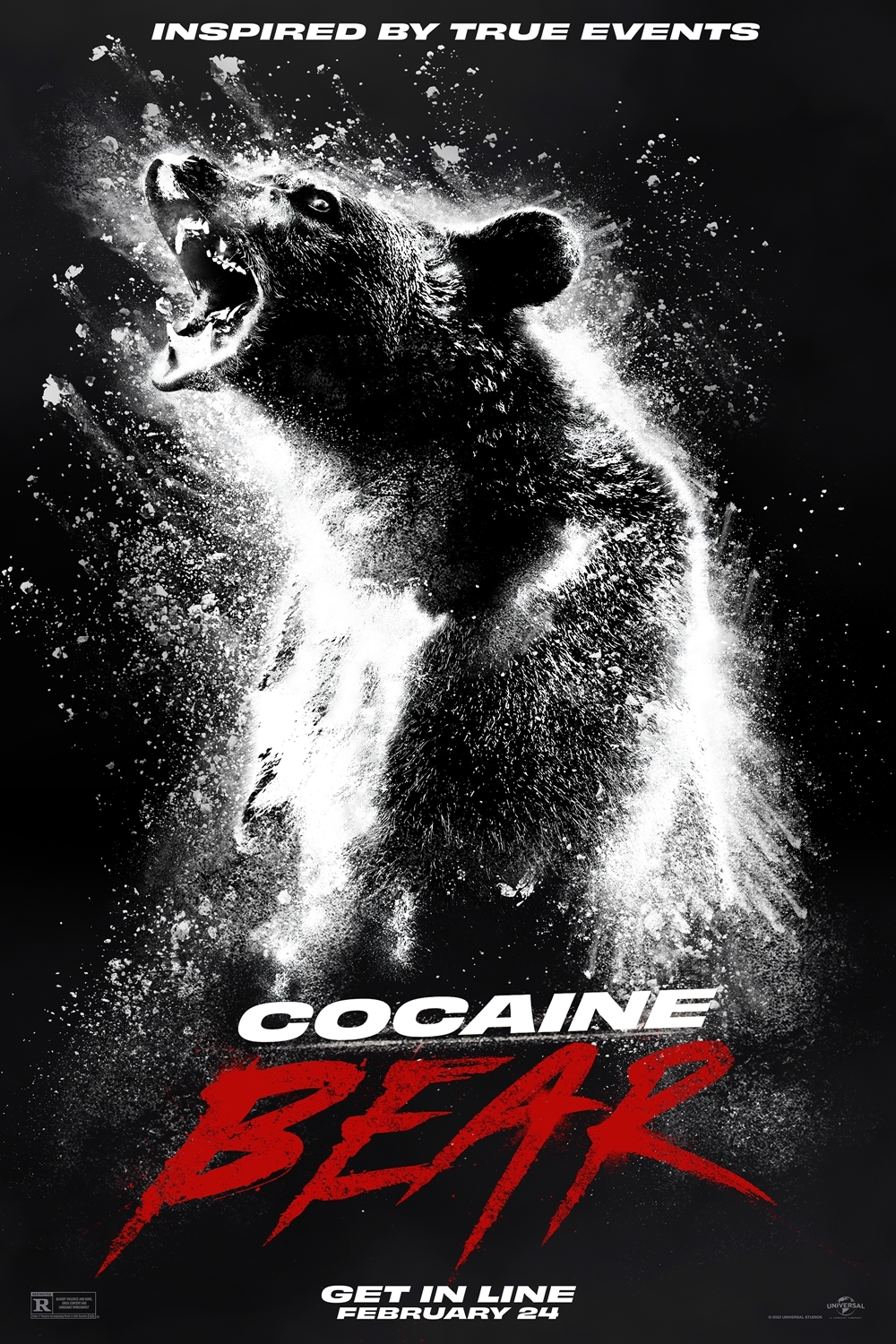 2023 | 0mins. | R | for bloody violence and gore, drug content and language throughout.

Inspired by the 1985 true story of a drug runner's plane crash, missing cocaine, and the black bear that ate it, this wild thriller finds an oddball group of cops, criminals, tourists and teens converging in a Georgia forest where a 500- pound apex predator has ingested a staggering amount of cocaine and gone on a coke-fueled rampage for more blow... and blood.